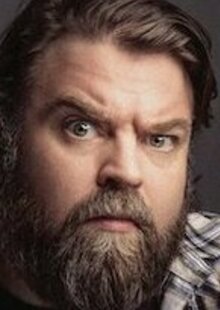 He burned his party lifestyle to the ground and from the ashes emerged a phoenix of personal responsibility that includes a wife, two kids and a nice little house in the country side

It's an hour of unsettling stories about settling down. Growing up, growing out, and dropping off (kids at school), getting older dumber and wiser in equal measures.

One of the best loved comics in festivals all over the world from Sydney where he has won their 'Best Comedian' and played to the very biggest rooms across Asia and North America. Wool is a powerhouse of comedy who has made Edinburgh Fringe something of a home where he returns to each year to get the creative juices flowing again.

And so it is again where Glenn arrives in Barcelona fresh from yet another Total Sell Out run at Edinburgh Fringe 2021 where this new show received with rave reviews.

Check out one of those reviews here

“Imaginatively funny and original, Wool sets the standards at the Fringe” The Telegraph